Peregrine BL3 – Wondering where to farm for the Peregrine in Borderlands 3? Don’t worry we got you.

Borderlands 3 (BL3) – How to get Peregrine

Lets take a look at the stats of the Peregrine. The one shown here is a Level 65 Peregrine:

Whenever Fl4k’s Rakk hits an enemy, they drop a grenade. This effect has a short cooldown. 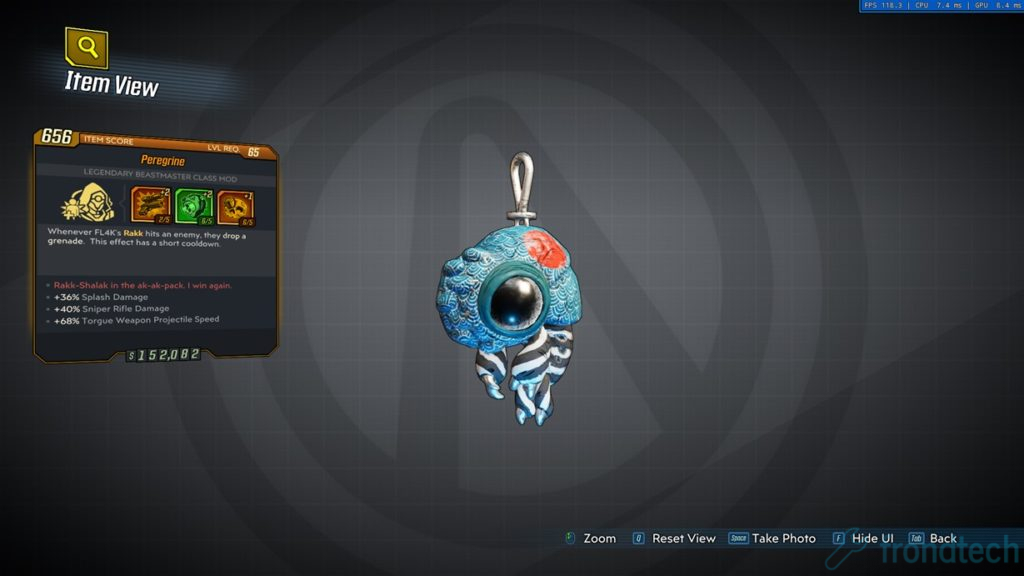 Peregrine is a Class Mod of the Legendary or Orange rarity in Borderlands 3. This Class Mod is exclusively for Fl4k and cannot be used on any other character. It is a new Class Mod that came with the Psycho Krieg and the Fantastic Fustercluck DLC, along with Muse (Amara), Flare (Moze) and Hustler (Zane). And I have to say that this is probably one of the best class mods that you can get for Fl4k at the moment.

Now when you first look at the mod, you might wonder what is so special about it? Well, the grenades that the Rakks drop are not some generic grenades. They are actually the grenades you are carrying in your loadout. So if you are using a Fish Slap along with mods and weapons that boost your melee damage, then the Rakks will deal damage that is equivalent to your melee damage.

You can do some insane Rakk Attack builds on Fl4k with this class mod that make even Mayhem 10 difficulty on TVHM mode feel like a piece of cake. Here is a video from Glitching Queen where she is showing a Rakk Attack Build with the Peregrine that is extremely overpowered:

How to get the Peregrine (Drop Location)

Peregrine drops from Dr. Benedict on Benediction of Pain in Krieg’s Mind. You obviously need to start the Psycho Krieg and the Fantastic Fustercluck DLC in order to get access to the mentioned locations. Here is the exact location of Dr. Benedict: 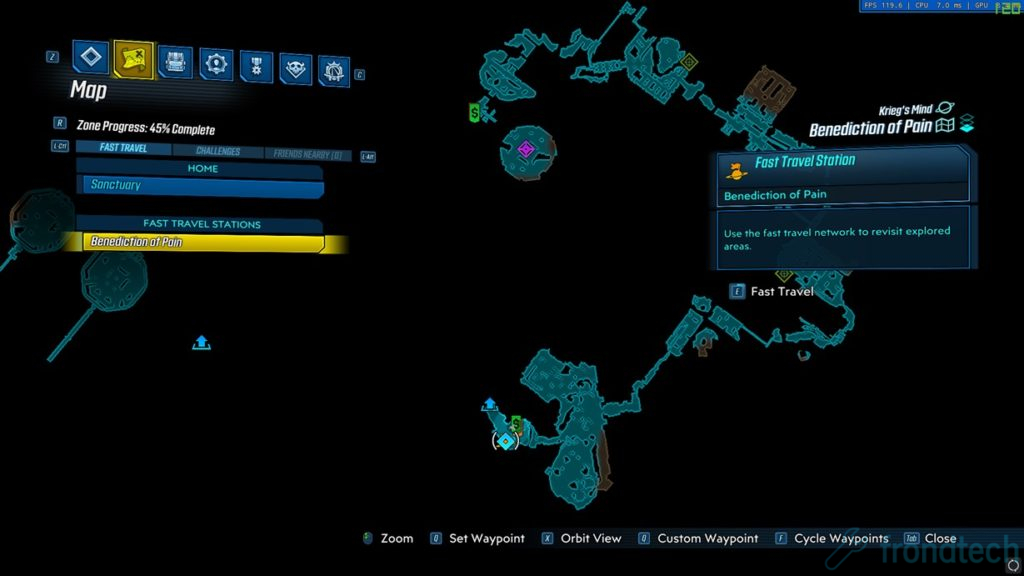 Just spawn at Benediction of Pain and walk all the way to the end of the map. It is a very long walk but after you reach the location you shouldn’t have any problem as there is a save point there.

Fighting Dr. Benedict could become really frustrating at times, if you are not carrying a good build and good weapons. Use very high damage weapons and try to eliminate him as soon as possible. Because if you don’t then he will keep on regenerating his shields and his health over and over.

Regarding the drop rate of the Peregrine, it is extremely low. I did 25+ runs and I managed to get the drop twice only. I was farming at Mayhem 10 on Normal Mode.

Actually, every single class mod from the DLC 4 has extremely low drop rate. So get ready from some decent amount of grind if you want the new class mods.