Complex Root BL3 – Wondering where to farm for the Complex Root in Borderlands 3? Don’t worry we got you.

Borderlands 3 (BL3) – How to get Complex Root

Complex Root is a Sniper Rifle of the Legendary or Orange rarity in Borderlands 3. The weapon is a part of the third DLC called Bounty of Blood. And is probably one of the best Legendary weapons that this DLC has to offer.

Though this weapon is a Sniper Rifle, it has very low range. But that lack of range is easily compensated by the extremely high damage numbers. There is no doubt that Complex Root is probably among the top three most powerful weapons in Borderlands 3 right now. This weapon does drop with various elements

So whenever you shoot this weapon, you will see the bullets ricochet in a pattern that is similar to a Square Root symbol. You can take down multiple enemies in just a single shot as the bullets spread a lot after hitting enemies. But you have to be cautious as you might end up eliminating yourself if you are too close to the patterns, as this weapon deals self damage.

Here is a video of the Complex Root vs Captain Traunt at Mayhem 6 difficulty:

Lets take a look at the weapon stats of Complex Root. The one shown here is the Expert Complex Root (Level 60):

How to get the Complex Root

The Complex Root drops from Lani Dixon on Ashfall Peaks – Caldera Stronghold at Gehenna. You obviously need to start the Bounty of Blood DLC in order to get access to the mentioned locations. Here is the exact location of Lani Dixon : 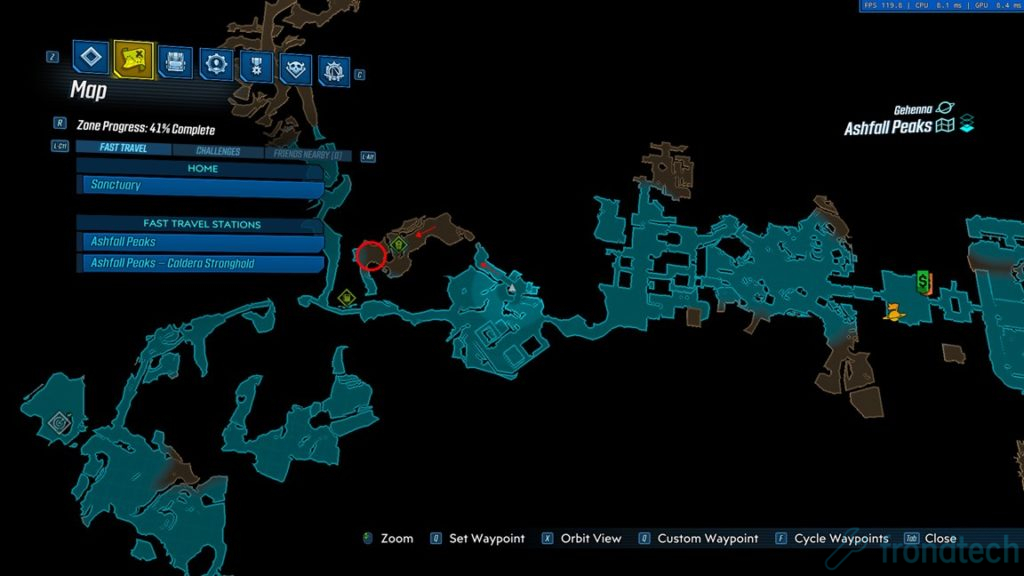 Just spawn at Ashfall Peaks – Caldera Stronghold and make your way to the location. Lani Dixon is fairly easy to farm. She doesn’t even have shields on her. So as long as you have a decent build and weapons, you should be good.

Now regarding the drop rate of Complex Root, I got my first one on my very first run. Then another one dropped for me after 4 more runs. So I am guessing that this weapon is not that hard to farm.