Blast Burn Scarlet Violet – TMs are add-ons to pokemon, they’re basically moves that you get upon redeeming it. Some TMs are quite accessible in the region of Paldea however, others might be a little harder to get.

If you’re free-roaming in Pokemon Scarlet and Violet, you might come across an object, from which, a yellow light shines, these are TMs.

They’re pretty easy to differentiate from other stuff you can find around the map, and you’ll know, once you come across one.

One such TM we’ll be talking about in this article is the Blast Burn TM. The Blast Burn TM is one of the harder-to-find TMs in the game, given that they can be located deep within a cave in the outskirts of the map.

This TM could prove to be quite useful to you while in battles if you prefer using a Fire-type pokemon. Here’s the location for the Blast Burn TM in Pokemon Scarlet and Violet:

As mentioned earlier, this particular TM is found inside a cave. This cave could be pretty tough to locate, but we’ll do our best to guide you to the exact spot.

For starters, it’s located on the eastern side of the Glaseado mountains. We’ll drop an image down below for you to refer to. 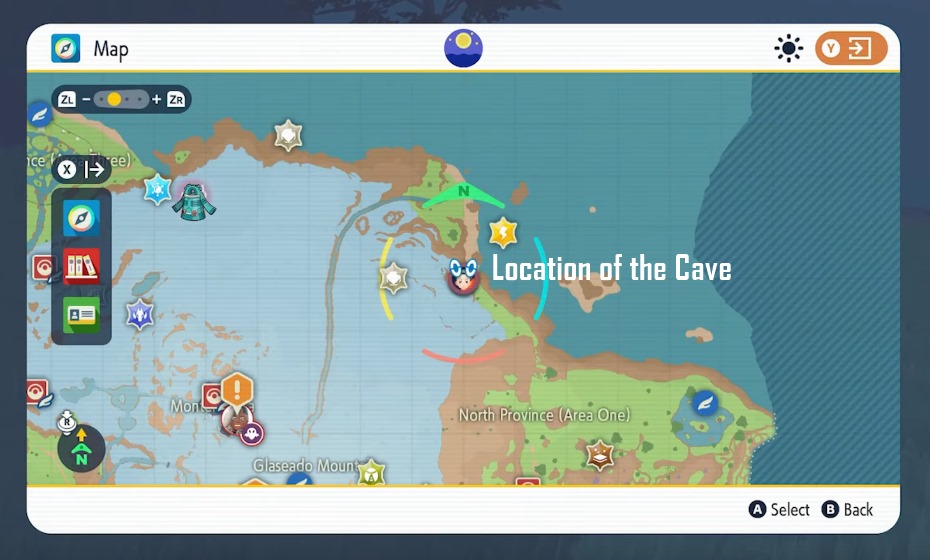 The cave’s pretty well hidden so we suggest that you start from the top and head downwards until you reach the grass-area. Make sure you haven’t reached the mountain area yet, though. This cave is quite hard to find, but it’s worth the effort as you’ll find Blast Burn TM, Plant Frenzy TM and Hydro Cannon TM inside this one cave. Here is what the entrance of the cave looks like: 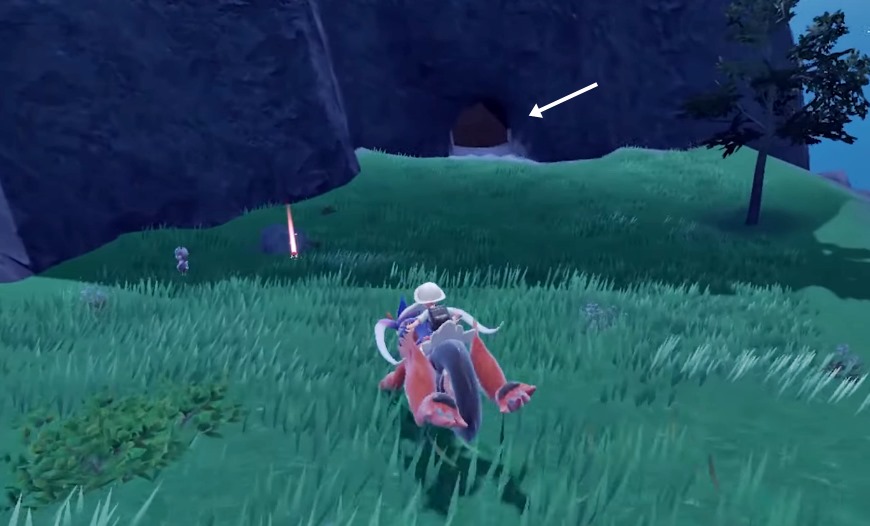 Once you reach the spot, head deep into the cave, there, you’ll find all three TMs. The middle TM is the Blast Burn TM. Once you’ve collected the same, the next step would be to equip it.

To equip it, open up your bag and then scroll to the Blast Burn TM. Once you’ve located it, click on it. It’ll show you all of the Pokemon on which the Blast TM could be applied.

Another thing to note is that your Pokemon, at once, can know only four moves, so make sure that you do a little bit of research before you replace one of your Pokemon’s moves with the Blast Burn TM.

How to craft Blast Burn TM

Blast Burn, like other TMs, can be crafted at the TM machine. Here’s a list of all of the ingredients you’ll be needing to craft a Blast Burn TM:

The thing is, finding these materials individually might take up more of your time than it’ll take to locate the Cave and get your hands on a Blast Burn TM.

But if you’ve got more than one fire-based pokemon you’re going to need the Blast Burn TM for, it’s worth spending the while. Make sure to pick up some extras as you could also sell them for LPs later.

That’s everything we had on Blast Burn TM in Pokemon Scarlet and Violet.