This guide will show you how to destroy the Boomhut in Biomutant.

How to Destroy the Boomhut in The Bang Boomhut quest

A Boomhut is a mortar like weapon that you first encounter during the “The Tribe War Begins” quest in Biomutant.

As soon as you start the quest, you get spawned in a room with some enemies. After defeating the few enemies, the quest gets updated to “The Bang Boomhut – Destroy the Boomhut”. 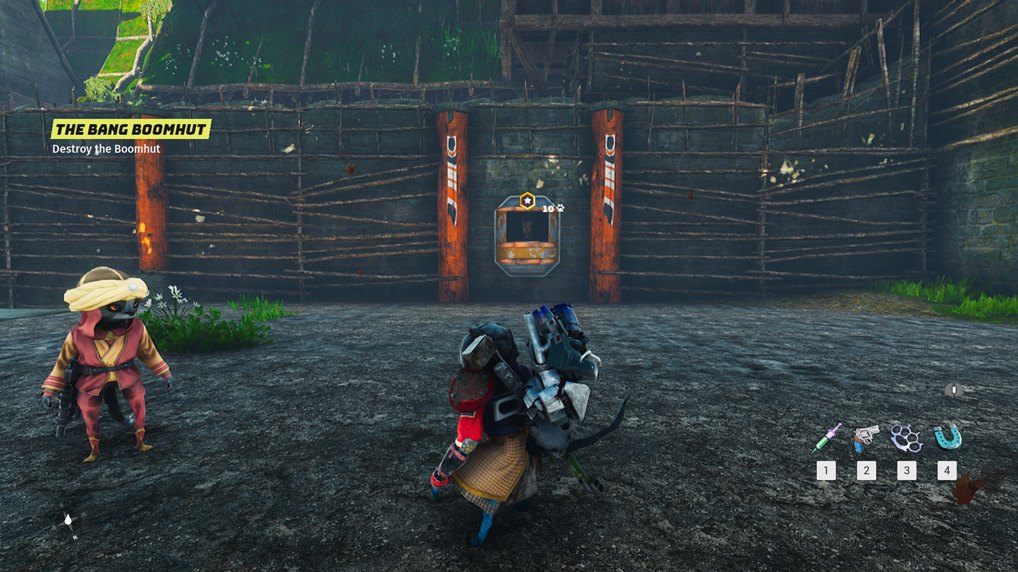 So how to destroy them?

How to destroy a Boomhut

When I first started the quest, I was doing random things to destroy the Boomhut. I was shooting it, meleeing in, using my abilities on it, and so on. I even tried interacting with the Rotation Puzzle beside it hoping that it is the way to go. Unfortunately none of them worked.

After dodging the rockets or grenades being shot at me by the Boomhut for almost 20 minutes, I decided to melee one of them. And guess what! The grenade bounced back at the Boomhut, and it got destroyed.

So all you have to do is melee a grenade before it hits you. At times, a slow motion effect will happen as soon as the grenade comes near you, giving you a decent window to hit it back towards the Boomhut. Do that and you will successfully destroy the Boomhut.

If you think I have been able to help you with this guide, let me know in the comment section below. And more Biomutant guides keep an eye on Frondtech. Happy gaming!

1 thought on “Biomutant – How to Destroy the Boomhut”