Packed with action and RPG Elements, Wonderlands is a fantasy prequel to the already famous title Borderlands while being a sequel to Tiny Tina’s Assault on Dragon Keep, which was a Borderlands 2 Expansion released back in 2013. It is a first-person shooter game that features the classic borderlands feel but with a fresh new spin to it.

The world in Wonderlands is open-word and is quite huge. The locations are colourful and are filled with massive, majestic monuments. A couple of new features have made their way to Wonderlands, which will include a character creator, an RPG Styled Skill Tree, and a lot more.

Since gold is the main in-game currency of the game, you do need to have a lot of it to purchase different weapons and items in the game. Yes, you need a lot of them this time because Gearbox tweaked the economy of the game and it is not going to be the same as the previous Borderlands games. The in-game gold can be found in pouches or the form of gold bars.

Your character will automatically pick those up when you walk near them. You should also farm in-game currency whenever you are not pursuing any missions because to get good weapons from the vending machine, you do need to have a lot of gold. The Epic and the Legendary items may not appear on your first playthrough of the game due to the Loot luck mechanics. But if you want to grab some cool weapons from the vending machines on your first run through the game, you need to gather enough gold to do so.

So this article will guide you on how to get rich quickly in Tiny Tina’s Wonderlands. 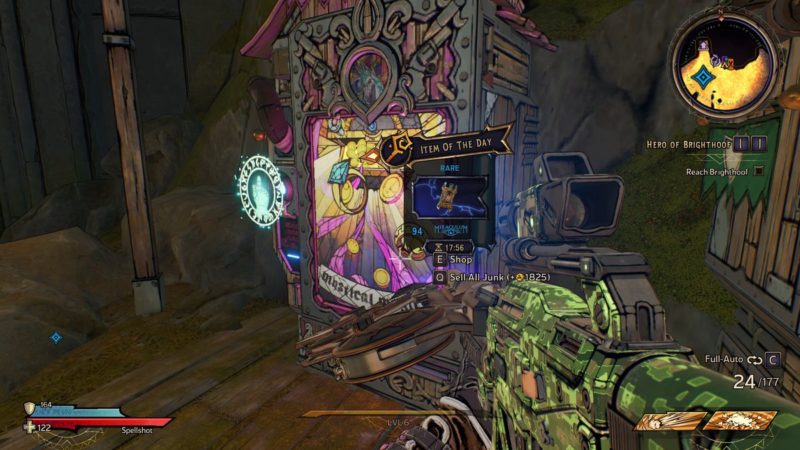 Follow these tips to get gold and grow your money in Tiny Tina’s Wonderlands.

Sell items at the vending machine

You will not be having enough gold right from the start of the game to start purchasing the amazing weapons from the Vending machines. So you need to collect as much loot as possible and after picking them up you need to travel back to ta vending machine using the Fast Travel. Interact with the vending machine and mark the items that you need to dispose of. Weapons and Cosmetics of high rarity sell at a high price so always aim to collect those.

Loot all the chests that you can find in the game. Always remember that in this game, both the smaller chests and the Butt Stallion chests have a very high chance of containing the gold, unlike the previous Borderlands titles.

Boss fights are the most engaging and fun to play especially when you are teaming up with your friends, and it is also a source of collecting the best loots in the game.

These boss fights come with a handful of loot to pick up, and it is a great source to get rare items and rare weapons as well which sells at a very steep price at the vending machines.

Start collecting the Shrine pieces for the Mool Ah Shrine Campaign Challenge when you have the access to the Overworld. You will receive a 10% Gold Gain Bonus on completion.

The Lost Loot machine is a device in Izzy’s Fizzies. It picks up high rarity items that you might have missed out on. It sells at a premium price but is a great source of loot. You can also expand the slots of this machine by purchasing it from the Armory in Brighthoof.