With the introduction of the new type of raids, the Tera-raids in Pokemon Scarlet and Violet, players have learned the hard way that they need to engage in them after being well prepared.

In order to be well-prepared for the same, you’ve got to get the best possible build for your Pokemon.

Sylveon, with the perfect build, is a pretty solid pokemon to go in with. If you don’t know how to evolve your Eevee into Sylveon, check out this guide.

So in this article by Frondtech we’ll be guiding you with the Best Sylveon build, that would assist you in those tera raids. Here it is: 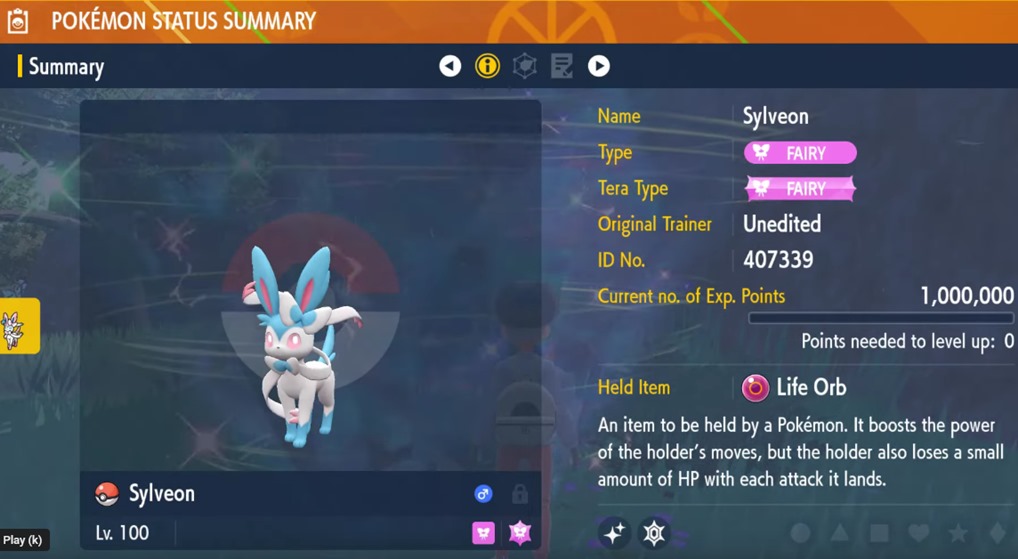 For a perfect Sylveon Tera Raid Build, you need to EV Train your Sylveon and focus on an HP and Sp. Atk build. We have a whole guide on how to do that. Find it here.

To make the best possible Sylveon build, you’ve got to have a fairy tera-type Sylveon with the combination of Hyper Voice, Misty Terrain, Pixilate, and Fake Tears.

This combination makes Sylveon considerably powerful. Pixilate is a hidden ability that turns normal-type moves into fairy-type moves and boosts the damage of those moves by 20%.

Since Sylveon has ‘Fairy’ as ‘Type’ and ‘Tera Type’, its overall damage output will get a nice boost.

Sylveon is also a great pick with the perfect build against Dragon-type pokemon, which are quite common among Tera raids.

With Fake Tears, you could start the battle and weaken your opponents, as it lowers your opponents’ special attacks by two stages.

Furthermore, maybe you could go with Misty Terrain. It’ll shift the battlefield to your advantage, and once you’re able to get a good opening with those abilities, use the Hyper Voice to deal as much damage as you possibly can. This strategy would work only if you’ve got a good opening, though!

I personally use the Life Orb as a “Held Item” for my Sylveon. Life Orb boosts the power of the holder’s moves, but the holder also loses a small amount of HP with each attack it lands. But that is only when I use the Sylveon with “Draining Kiss” learned.

Since the build given above doesn’t focus that much on survivability, the ideal held item, in this case, would be Metronome.

What Metronome does is, it increases the damage output of an ability if you were to be using it continuously. As the recommended strategy requires for you to use Hyper Voice consecutively, Metronome would increase the damage output, making it easier to take opponents down.

That’s everything we had regarding the best Sylveon build that you could make for Tera raids. Do keep in mind that this is helpful even in 6-star raids!