Pokemon Scarlet and Violet was released on the 18th of November and has now been running for quite some time.

Given the fact that it has been out for a few weeks now, players all around the world have probably by now collected most of the available Pokemon in the game.

Therefore, you need to prepare your Pokemons to fight these battles with the best builds.

Hence the following guide deals with the same and helps you with the best Ceruledge Tera Raid Build in the games Pokemon Scarlet and Violet. 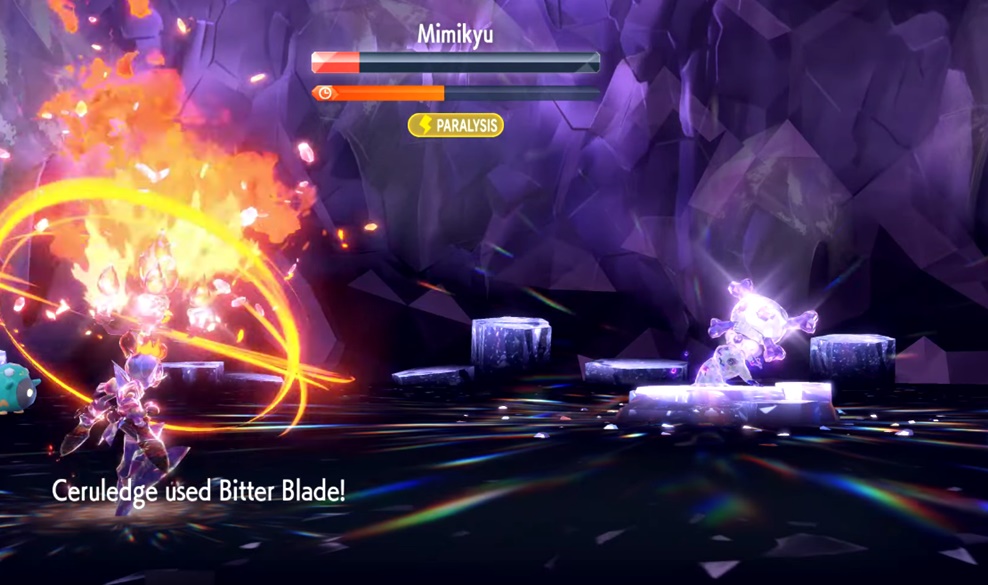 Tera Raids are basically the content that one can claim to be an end-game, where you’re supposed to face the Pokemon enemies that are the most potent.

As you keep progressing and the level of these raids increases, so does the enemy’s power, each stronger than before. So if you want to win, you need Pokémon that are powerful enough and have the essential moves to defeat your opponent.

If you wish to make use of Ceruledge in these battles, then take a look at the moves below and the abilities-

The above-mentioned moves are the best moves that you can use by Ceruledge during your Tera Raids. You can also use Leftovers, which helps revive your Pokemon’s HP slowly through the battle. These leftovers can be bought for 20000 Poke Dollars from the Delibird Presents shop.

I personally would recommend that you EV train your Ceruledge to focus on HP, Def, and Sp. Def.

You can make use of the Hyper Train feature and also use Bottle Caps to boost any new features of your Pokemon in the game. These bottle caps are again available for, 20000 Poke Dollars at Delibird presents shop.

If you’re seeking the best nature of Ceruledge, we recommend that you get the Adamant Nature.

Even if your Ceruledge has a different nature equipped, you can simply purchase the Adamant mint for 20000 Pokedollars from the Chansey Supply at Mesagoza.

This same shop will also be selling you things like 1 Iron, 26 HP Up, and 26 Protein so that you can train the EVs of your Pokemon.

As an alternate option, you can even go to the Delibird presents shop to buy the power items to again, train the EVs of your Pokemon.

Metronome – This item boosts the power of a move that’s used repeatedly. Once the chain is broken, the move’s power returns to normal.

That is all there is to know about Best Ceruledge Tera Raid Build in Pokemon Scarlet and Violet.