Warner Bros, MultiVersus recently released their beta testing, and it’s already started to boom in the gaming industry. Get ready to explore almost 20 characters in this 2v2 co-op game.

This free-to-play allows you to build your strong squad among those fascinating characters to give a good fight. Don’t forget to explore various maps and stages to level up in the fighting game. Try some perks of your favorite character to upgrade your power and strength. One such superhero is Batman and his Perks.

Batman was always fascinated with his unique moves and how he defeated his foes, especially those handy gadgets and plenty of perks to upgrade his power.

Still, some perks are not that effective compared to the other ones. If you want to know about the Best Batman Perks in MultiVersus, follow this article to know them. 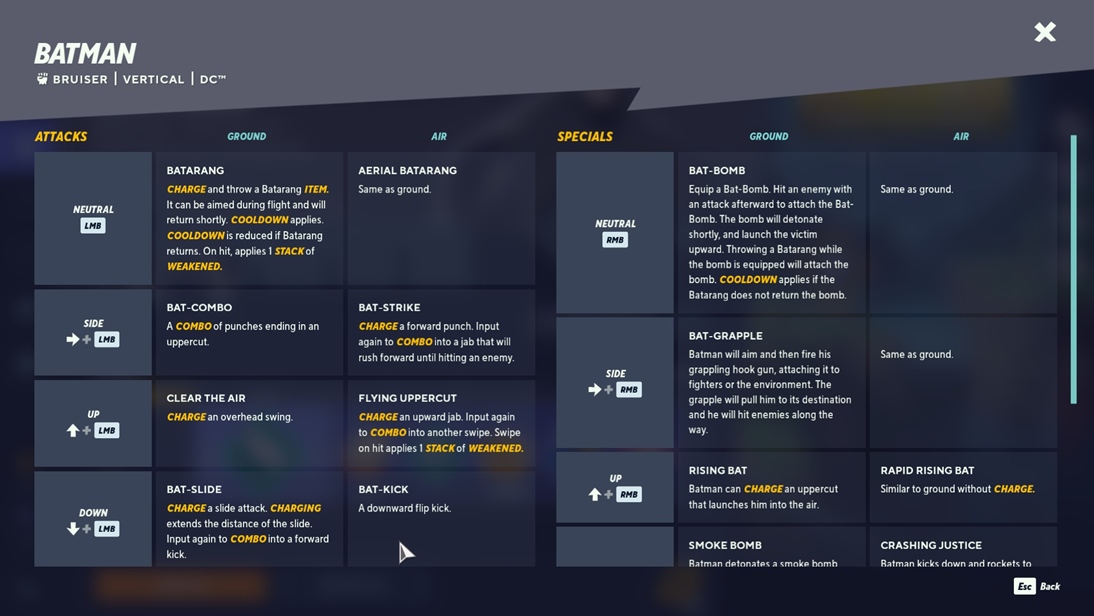 Aerial Acrobat is one of the top-rated regular perks. It will help you increase the acceleration speed of Batman by about 20%.

That means you can easily track your foes and defeat them. It’s a regular perk in MultiVersus, but Batman is suitable for this perk since he always prefers high mobility during matches.

Hit’ Em While They’re Down is the second slot from the regular perk. It will provide almost 10% of increased damage to your debuffed opponents.

It will be the right choice if you’re looking for a perk that will permit you for its additional effect while using Batman’s Bouncerang perk.

The last perk will be helpful when the group of foes is trying to pull out from the center of the map if you are close to the blast zone.

If you’re the one who often uses Batman’s grapple, this perk will be your best friend because it will frequently take you out of the maps’ edges.

Suppose you hit the foes close to the edge or land a combo, don’t worry; this regular perk helps you reach the center map more quickly. So, you don’t need to depend on your dodging and jumping skills anymore.

Bouncerang will be the best Batman’s Signature Perks which deploys the highest amount of weakness on your foes.

It will be more powerful when you have a combo like Cofeezilla, Make It Rain, Dog!, or either Hit ‘Em While They’re Down or Wildcat Brawler. Moreover, Bouncerang is handy to use.

In MultiVersus, use those perks wisely to level up your game and if you have any Best Batman Perks suggestions beyond the above perks, let us know in the comment box.