After a ton of Betas, the final release of Battlefield 2042 is finally here. And I don’t think I am wrong when I say that the launch has not been easy so far. The game is receiving a ton of negative reviews from the community over its Multiplayer gameplay, and the fact that there is no single-player mode, to make the situation a little better. If you head over to the Steam page of Battlefield 2042, you will see around 8000 user reviews, among with 6500 are negative.

I did play the game for more than 5 hours, and I can confirm that DICE still needs to fix a lot of stuff. Which also includes the in-game performance of the game on PC. What I mean by that? Let’s just say, BF 2042 is not the most optimized title I have seen this year. Yes, the situation is not as bad as Halo Infinite, but if you have a low tier GPU, like the GTX 1050 ti, you will have a tough time getting constant 60 FPS.

This where the graphics settings come in to play. Tweaking in-game graphics or video settings not only gives you a smoother experience, but also gets rid of all sorts of performance issues. Let’s see if it is possible to make Battlefield 2042 run for people with low-end hardware by tweaking the in-game video or graphics settings. 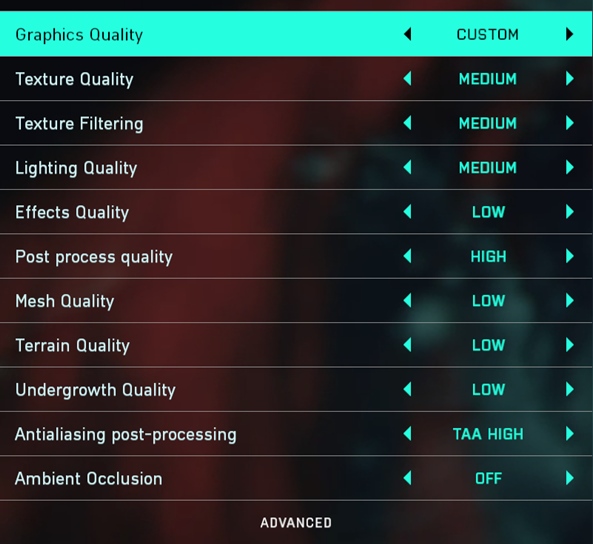 I could have easily decided to set everything to the lowest possible. But, I didn’t want the game to look too bad. The settings given above will give decent performance, without sacrificing too much on the visuals department.

I am seeing a lot of articles and videos, where content creators are testing BF 2042 on RTX 3080s, 3090s, RX 6800 XTs, etc. What is the point? We all know what the GPU market is like at the moment. How many users are really sitting with those GPUs? According to the latest Steam Hardware Survey, the top 5 most used GPUs at the moment are, GTX 1060, 1050ti, 1650, RTX 2060, and GTX 1050. And I didn’t see a single big content creator benchmark the game on these cards. Anyway, let’s move on to the performance analysis 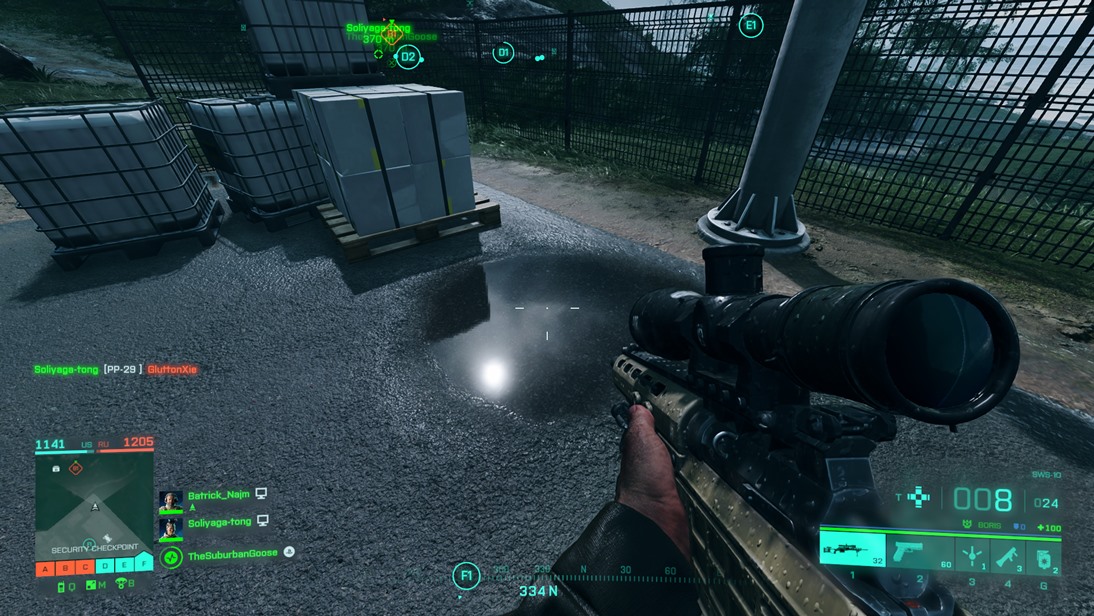 Let me begin by saying that Battlefield 2042 runs better on AMD cards. I was getting more FPS on the RX 570 than the 1650. The setting combination, given above, have been sketched keeping the GTX 1650 in mind, though. Also, you need something better than a 4 core CPU to makes the game utilize your GPU efficiently. There was a huge difference in performance when I tested the game on i3 9100F+GTX 1650 vs Ryzen 5 5600x+GTX 1650. I3 couldn’t even run the game on stable FPS.

Anyway, I was getting close to 60 FPS on the 1650. I tested the game on most of 128-Player maps. There were some drops at the beginning of every match. But that was because of the assets/textures loading for the first time. Obviously, I didn’t encounter this issue on my RTX 3070, 3060 Ti, or 2060. I think it has something to do with the VRAM. You need more than 4 GB VRAM for the textures to load smoothly. Also, if you are trying to play this game on 8 GB RAM. Please don’t. On the lowest settings, BF 2042 eats up to 12 GB of Memory.

Now, I don’t know if it is just me, but on 1080p, I was not being able to find much difference in graphics while playing the game on Low settings vs High settings. It was when I was looking very carefully, the difference were becoming visible. Just look at the images under ‘Texture Quality’ above. The difference between Low and Ultra is very brief. Can’t say, if that is a good thing or a bad thing.

Overall, I think that BF 2042 has a long way to go in the performance department. With that being said, if you have anything similar to a GTX 1650 or a RX 570, you shouldn’t have any problem running this game. Unfortunately, I can’t say the same for GTX 1050 ti users.

If you want, you can actually check out my performance video of Battlefield 2042. The game is running on a RTX 3060 Ti paired with a Ryzen 5 5600x:

A brand-new update has just dropped in Battlefield 2042. It is the second part of the original Launch Update, and the devs have shipped a ton of fixes with this patch. You can check out the update patch notes from here. If the performance of the game doesn’t get better for you after installing the update, I would recommend that you submit a support ticket.

If you think that this guide has helped you, then let us know in the comment section below. Also, try checking out our other guides on Battlefield 2042. Who knows, you might end up finding a something you have been looking for.