BF 2042 crashing and won’t launch – Is Battlefield 2042 crashing for you? Don’t worry, you are not alone. A huge portion of the player base is experiencing constant crashes and launch issues. The good news is, some working fixes have surfaced recently. Let’s check them out.

Players are experiencing Crashing, and Launch issues left and right, in BF 2042

After a ton of teasers, and trailers, Battlefield 2042 is finally available for people to try. This title is completely standalone, and has no similarity with the previous BF titles. Yes, this is a first-person shooter as well, developed by DICE, and published by EA. But that is it. Unlike the recent Battlefield titles, BF 2042 does have any single-player campaign, and solely features multiplayer modes.

And I think this where the problem begins. In games like COD, that features both MP and SP modes, when the multiplayer modes malfunction. Players normally switch over to the single-player modes, until Multiplayer is back on track. No single-player mode means players won’t be able to play the game at all, if the game has issues with its multiplayer. And that is what happening with BF 2042 at the moment. People are facing crashes, and they have no other choice but to sit, and wait for EA to fix.

We can safely say that the launch of Battlefield 2042 been a disaster so far. I mean, there are people, who have bought the game, but haven’t been able to even launch it yet. And most of the articles on the internet, providing fixes for these issues, are just clickbaiting.

Anyway, I have included some working fixes, that have been recommended by either BF 2042 players, who have managed to fix their crashing and launch issues, or by EA. 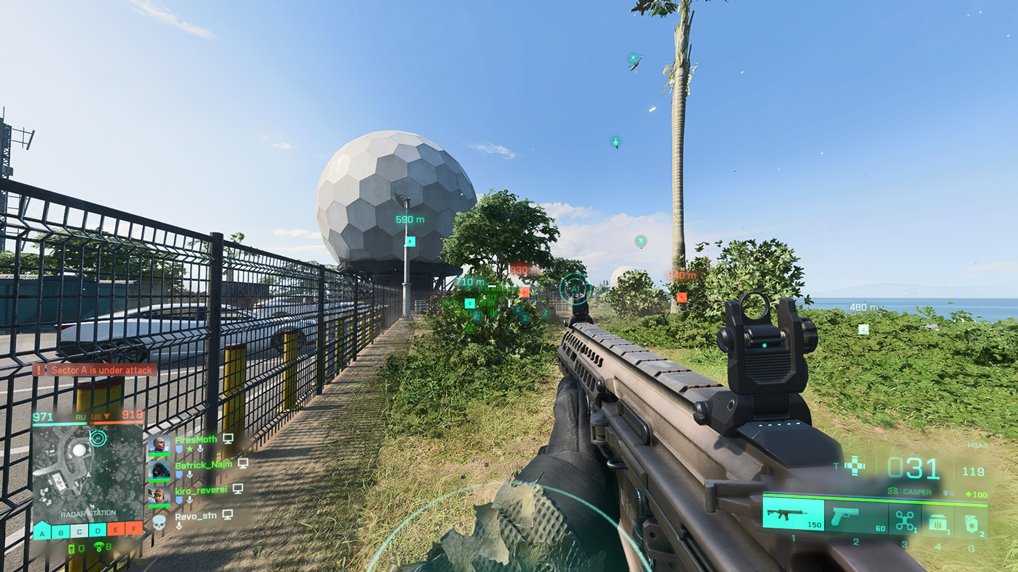 Before you move further in this article, I would like you to just restart your PC once. You won’t believe, how many Reddit posts I have seen till now, where people are saying that the BF 2042 magically stopped crashing for them, after just a simple PC restart. So try that, and if it doesn’t work, come back to this article again.

Okay, you are still reading, which means the restart didn’t do the job for you. Here are some fixes you can try.

Roll-back or upgrade your GPU driver

Roll back your driver version. The 11.2 version crashes like crazy for me. 11.1 does not at all.

As an update I have realized that it seems related to specialists too, if I play portal in remastered maps and there are 2042 specialists then the game crashes too, specifically if there is Sundance around and I see her, yesterday I got 2 crashes in portal after a player came close to me with her as specialist.

There were multiple comments from Nvidia users too, where some were claiming that the Battlefield 2042 launch issue got fixed after updating their Nvidia Driver to v496.49. And, some were claiming that they fixed the issue by just rolling back to v472.12. This is something that you have to try, and see for yourself. I am currently on v496.49, and Battlefield 2042 works flawlessly on all 3 of my PCs.

Nvidia users, who are using the Game Ready Driver v496.49, downgrade to version 496.13. It has worked for many users.

Instead of running Battlefield 2042 via Origin, EA Play or Steam. Simply go to the folder where you have installed BF 2042, right-click on BF2042.exe, and click on ‘Run as administrator’. I was recently facing crashes with FH5, and this did the job. 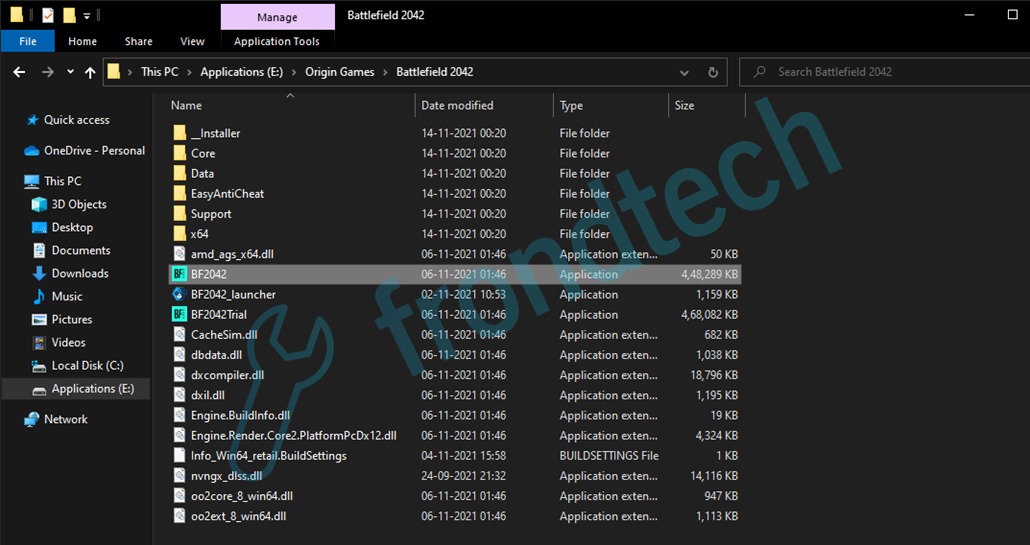 This fix has had the highest success rate so far. If you are using Windows 10, then update your OS to version 20H2. And if, for some reason, updates are not working on your PC. Then you can go to this link, and update manually. 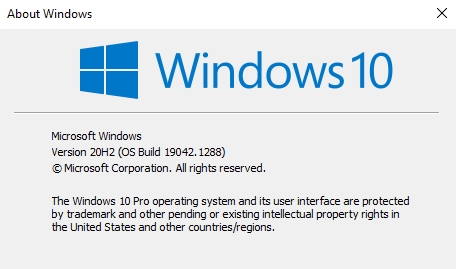 Check out this Steam Discussions post, you will see a ton of people confirming this the viability of this fix.

Is your GPU overclocked?

Use your default clock speeds if you are using an overclocked GPU/CPU. An unstable GPU or Processor could cause a lot of issues if it is not being able to draw enough power from the power supply unit. Also, terminate any overclocking that is running in the background. I am talking about software like MSI Afterburner.

This DirectX error actually happens when your graphic card is trying to render future frames in advance in order to “increase” smoothness, but some hardware just isn’t compatible with such feature. With the Hardware-Accelerated GPU Scheduling feature, the GPU’s scheduling processor and memory (VRAM) takes over the same work and runs it in batches to render the frames. Again, not all hardware is compatible with such a feature, and unfortunately, Battlefield 2042 does not tell you that in the settings. So, the option “Future Frames Rendering” is enabled by default. 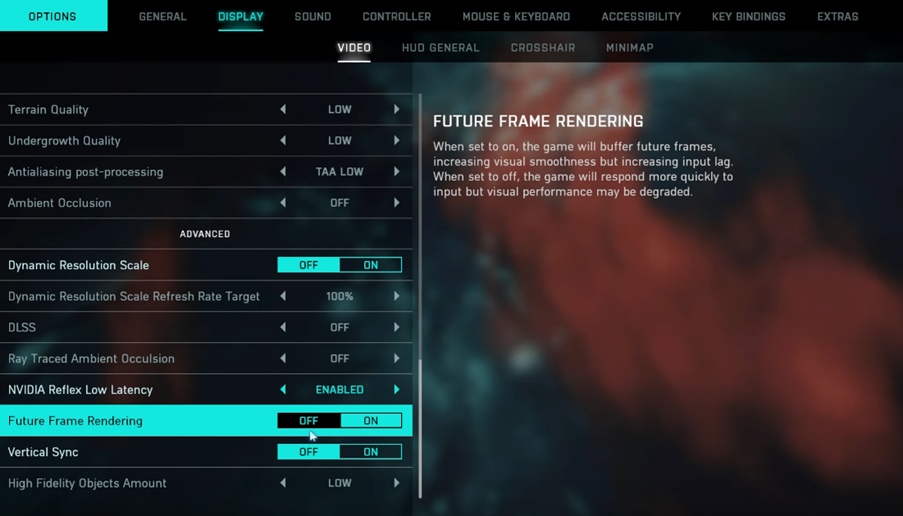 If you want to fix this error, simply go ahead and disable the “Future Frames Rendering” setting that is located at the bottom of the display page.

Set Everything to Low

If you are able to launch the game, and facing crashes while playing the 128-player mode, then I would recommend that you set every display option to the lowest possible setting. Then keep on increasing them one-by-one, until you face a crash again. This will help you find the setting that is causing the crashes.

In order to repair it, just go to the folder Battlefield 2042 installation folder, open the EasyAntiCheat folder inside it. Double-click on the EasyAntiCheat_Setup, select Current (Game 609), and hit ‘Repair Service’. Restart your PC once you are done. 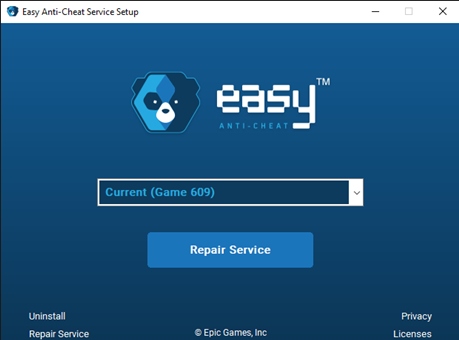 If repairing doesn’t work for you can try this fix recommended by Steam user /XBLBigMat87:

So for the crashing issues involving it rebooting your machine. I updated my BIOS and GPU firmware and haven’t had a computer rebooting crash yet.

As for the game not loading after the Easy Anti Cheat follow these following steps that I was sent.

I saw plenty of posts, where Asus users have said that they fixed the issues by just terminating the Asus services and utilities running in the background.

I did get a direct x error, then i just closed Asus GPU TweakII, then it worked fine. Seems the game doesn’t like overclocking software.

So if you have utilities like Asus Aura, Armoury Crate, Asus GPU Tweak, etc, running in the background. Close them. In fact, if you have stuff like Razer Synapse, Lenovo Vantage, running. Terminate them.

Also, make sure that you are using the latest version of Visual C++ redistributable, as there’s a chance it hasn’t been installed correctly.

Check whether your Anti-virus software is blocking BF 2042 or EasyAntiCheat. This has happened to a lot of games last year. Even some AAA titles had this issue. The BF2042.exe file may be getting silently quarantined by some antivirus software, preventing the game from launching. Therefore, you may need to disable Real-Time Scanning function or Real-Time Protection function of your Anti-virus to play. If you do not want to completely disable the software, then you will have to add the .exe of Battlefield 2042 and EasyAntiCheat on the Exceptions list of your AV Software.

These are all the basic fixes that are available at the moment. They most probably won’t work. Nothing wrong in trying, though:

Note: I’m still looking as much as I can for fixes that are 100% guaranteed to work. I don’t think there will be any, to be honest. The reason for crashing and launch issue could be different for different people. So, it is impossible for a single fix to get rid of all the errors. If you have managed to find a fix that works, please let us know in the comment section below.

The good news is EA is well aware of these issues, and is working on a patch at the moment. Expect an update very soon. You can post your Battlefield 2042 Technical Issues here. 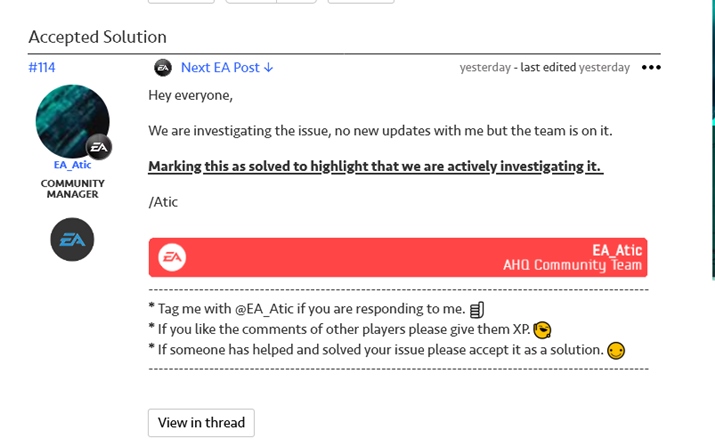