It looks like a quest called ‘The Case of the Missing Ale‘ from the Yule Festival is getting bugged for a lot of players in Assassin’s Creed Valhalla. Here is how to fix it.

Contents hide
The Case of the Missing Ale Quest is bugged in AC Valhalla
What is this bug all about?
How to fix this bug?

AC Valhalla is filled with quests, big and small. And they are all are pretty different from each other. Quests in games like AC Valhalla do the job of educating players about the mechanics and the lore of the game. Without them a RPG title is incomplete.

But it looks like the ‘The Case of the Missing Ale’ quest from the new Yule Festival is stopping a lot of people from progressing in the game. The funny thing is, The Yule Festival is a brand new event and is not that big of the content even. But somehow Ubisoft still managed to ship it in a broken form (not for everyone obviously).

There are plenty of posts about this bug on the Ubisoft AC Valhalla forum. Forum user /HypeSnapShot was the first to post about this bug and here is what the user has to say:

Great work with the game so far! However need to report a bug in the latest release of the ‘Yule Festival‘. Mission one named ‘The Case of the Missing Ale‘ Once you’ve retrieved the barrel from the bandit camp the mission icon for ‘Bring back the secret brew‘ isnt found in Ravensthorpe but located west in Sciropescire (where the curse land icon is) the icon displays in the same area but underground see image below. I’ve tried bringing it back to the brewery in Ravensthorpe but still does nothing see Nothing see images below. also after carrying the barrel for say 10 minutes the textures have broken on them see images below. 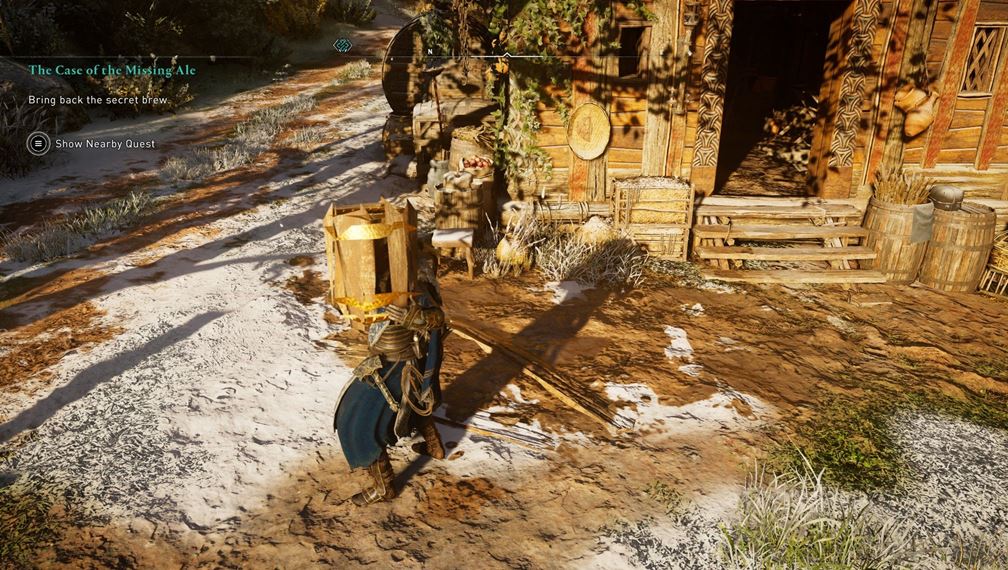 Well excited for the yule festival its a great idea to do them as seasonal events. However I am unable to progress this further due to the above, please fix this as soon as you can. Hopefully you aren’t far from releasing a hotfix update.

A lot of users took the time to quickly reply to this post. Here is a word from another user:

I have the same issue. The entire event seems to be messed up. I had glitches in every single quest but fortunately I managed to complete them. This one is the most annoying because it doesn’t let me do anything. Hope they fix it soon.

How to fix this bug?

Fortunately, a lot of users have managed to fix this issue without any patch from Ubisoft. Forum user /aMINDxJOKEx was the first to post a fix, here is what he recommended:

I managed to fix it, I hope someone finds this helpfull.

It’s pretty easy actually, just go back to the bandit camp and take the keg (yes an other one). After getting the keg/barrel head to the southwest of the bandit camp until you reach the shoreline of the Great Ouse River. Don’t go where the game tells you to go! On the shoreline you will find Ake who is next to his boat. When you find Ake you’ll see his boat flying up into the air (it’s normal, we all know what Ubisoft is capable of…), approach him and the cutscene will start. Well done you finally finished the mission. 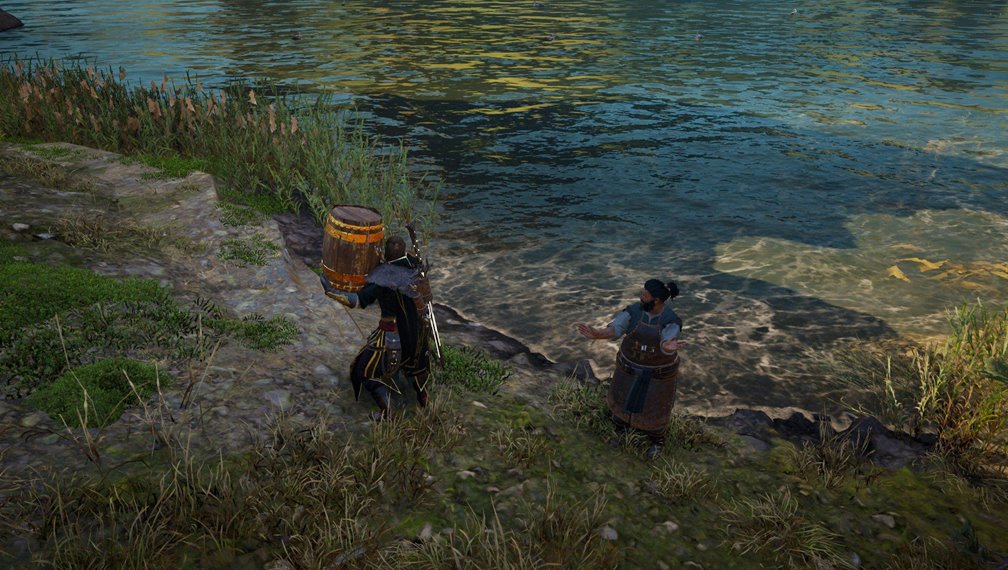 Many forums users have already tried this fix and they have confirmed that it works. So go ahead and give it a try. Considering how slow Ubisoft is with patching bugs, I wouldn’t recommend waiting for them to release an official fix.