Here are the patch notes to the Season 7 update or the Ascension update in Apex Legends. 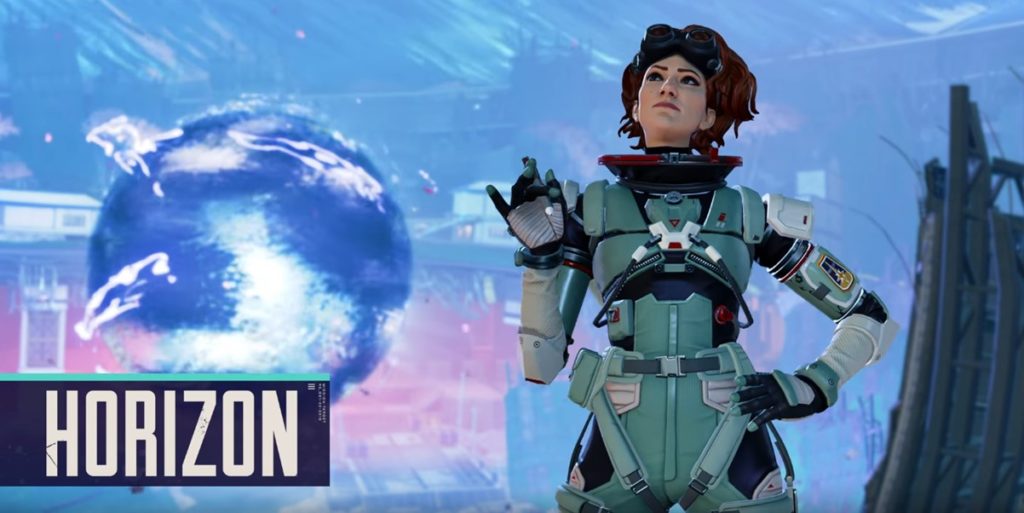 Horizon is the new legends in Season 7. Her custom space suit allows her to fall from great heights and control her movements in the air. Using her custom technology, she can use gravity lifts to give her team a vertical boost, and she can even deploy NEWT (her small robot named after her son, Newton) to drop a micro black hole that pulls opponents into the center for some serious crowd control. 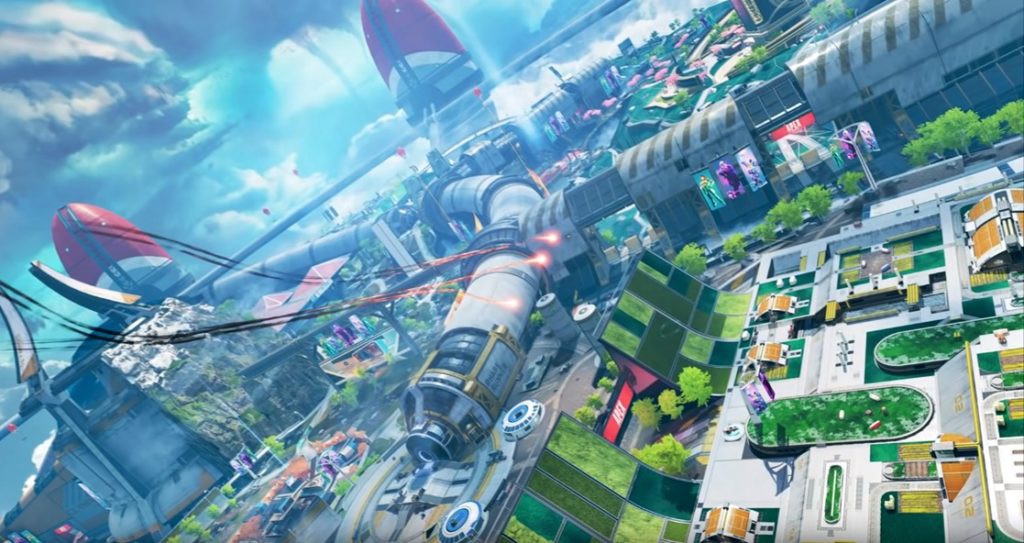 Olympus is an utopia floating in clouds above Psamathe, it was once a place where the brightest minds in the Outlands could gather and exchange ideas. However, an accident in an experimental research facility led to the creation of the Phase Rift (a massive bubble of Phase energy), and the city was abandoned.

Now players can use Olympus’ luxurious amenities to their advantage. Rotating agricultural towers, beautiful gardens and classy restaurants serve as new stages for intense skirmishes. New vehicles called Tridents give your squad a way to boost into battle and take your enemies by surprise. The Phase Runner – a tunnel of Phase energy running through the center of Olympus – lets you cross the map in seconds. 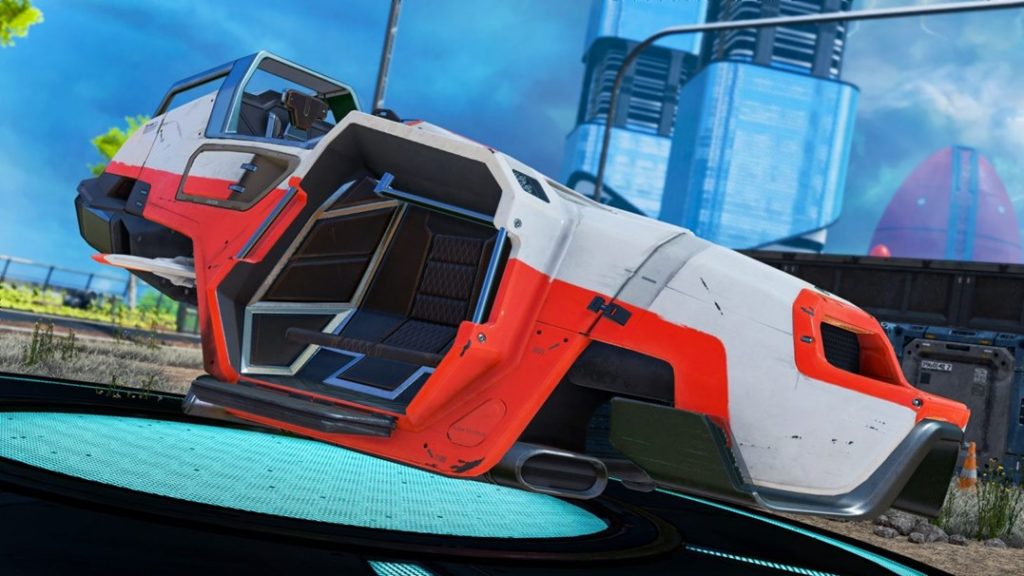 Exclusive to Olympus, the Trident is a hover car designed for your whole squad.

Cruise the highways to avoid chokepoints or use the boost to soar over jumps, this thing is made to speed up those early game rotations. Drive in third person, or ride as a passenger in first person with full shooting capabilities. The Trident is durable, so it will never explode, but damage applied from enemy fire will be dispersed amongst the players in the car. Don’t worry, you can still do full damage to players by hitting them directly so we expect to see some amazing Kraber shots. Disembark to park it anywhere and use it as makeshift cover in the late game.

The Trident interacts with Legend abilities in many different ways. experiment and have fun!

To help you understand and explore the map without fear of getting shot, The developers are introducing a new playlist called Olympus Preview. This mode teams you up with 30 Legends on Olympus and allows you to roam the map to learn map drops, loot areas, and practice your routes to the end game. Circles are still on and once circle 4 finishes, players are brought back up to the plane to start the second skydive run. There are a total of 3 runs before the match ends. This mode is only available for one week.

Apex Legends is now available on Steam. If you’re coming from Origin, all your progress and unlocks will carry over. And for a limited time, log into Steam and receive these Half-Life and Portal inspired weapon charms. 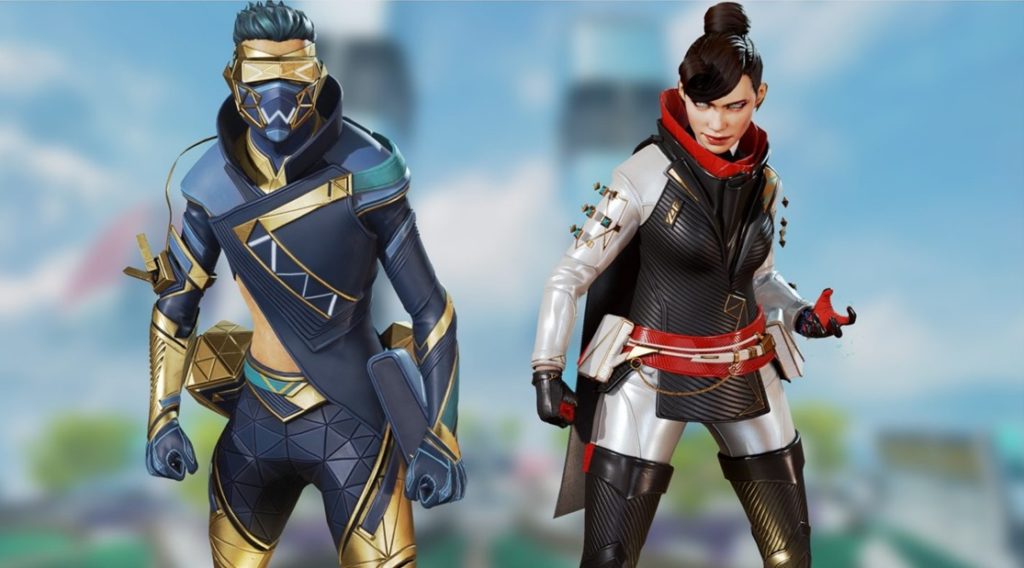 This season, level up your Pass to unlock the skins like the Wraith “High Class” and Octane’s “Fast Fashion”.

Challenges are no longer points-based and are now granted between 1 to 5 stars, depending on their difficulty. Collecting 10 stars will take you to the next Battle Pass level. The devs have also added tabs to the challenges menu in the lobby that allow you to toggle between daily, top weekly, and event challenges. Within a match, players can open the map and see this same widget in game.

For 2 weeks, Olympus will be the only map you can play on. After that week we go into a normal rotation between Olympus and World’s Edge. We will be vaulting Kings Canyon for the time being.