Stray is a third-person adventure game that was created in 2022 by BlueTwelve Studio and published by Annapurna Interactive. The game, which was previously known as HK Project, was made available for Windows, PlayStation 4, and PlayStation 5.

The plot of the game is such that A stray cat that is lost, alone, and cut off from its family must solve an old mystery in order to leave a long-forgotten cybercity and return home.

Finding a set of four notebooks is one of the first things you need to do after getting your B-12 robot companion in Stray. The last Outsider still residing in The Slums is Momo. He feels guilty and depressed at having let his pals carry on without them. Hopefully gathering his fellow soldiers’ notebooks is one thing that would make him feel better.

Before proceeding to the following chapter of Stray, you must locate all four notebooks, but fortunately, this is not too difficult to do. By the means of this article, we at frondtech will guide you as to how you could get your hands on these notebooks as quickly as possible.

Only After seeing Momo in person and giving him the Picture of Outside, you will be rewarded with his notepad. One of the tallest residences in The Slums, Momo’s home is identified by a vivid neon orange sign on the top. 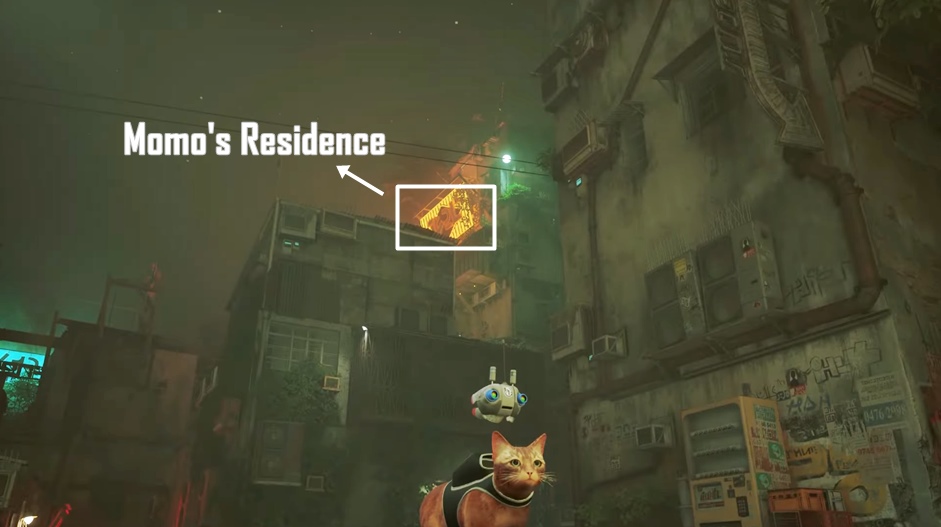 This notebook is in the blue building across the street from Momo’s home. Simply cross the roofs directly, via the window, enter through the broken door, and you’ll find it kept close to a computer, this is as easy as it gets. 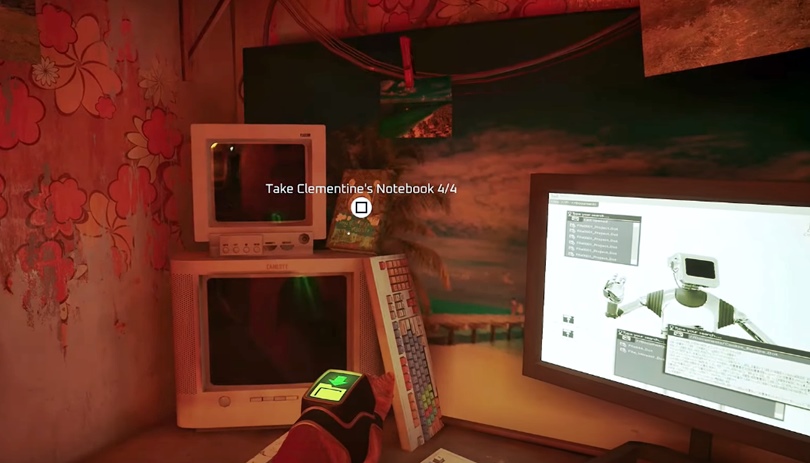 Doc’s Notebook can be found inside a safe covered by books in the apartment full of books to the right of Momo’s apartment. To open the safe, you must first find the safe key in the back room and then hop on and off the book stacks several times in the main room, to reveal the safe itself. 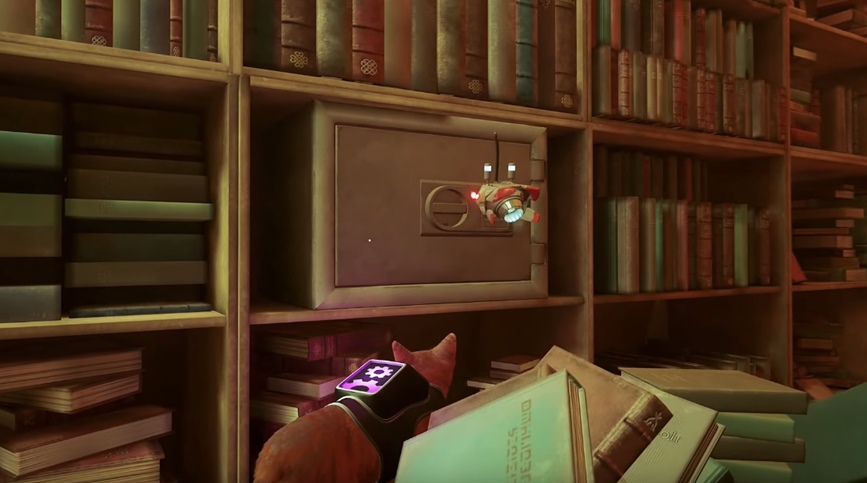 After leaving Momo’s, turn left, and you’ll see red paper lanterns hanging outside Zbaltazar’s residence. Pull the plug on the nearest power supply once you are on the roof to stop the rotating fan and let yourself into the apartment.

When you get inside, you’ll see that everything is a mess, and you’re only going to make it worse. Similar to the books in the other apartment, jump on and off of the stacked boxes here to knock them over. You can locate Zbaltazar’s notebook in one of them. To shake the book loose, you might need to shake the box a little. 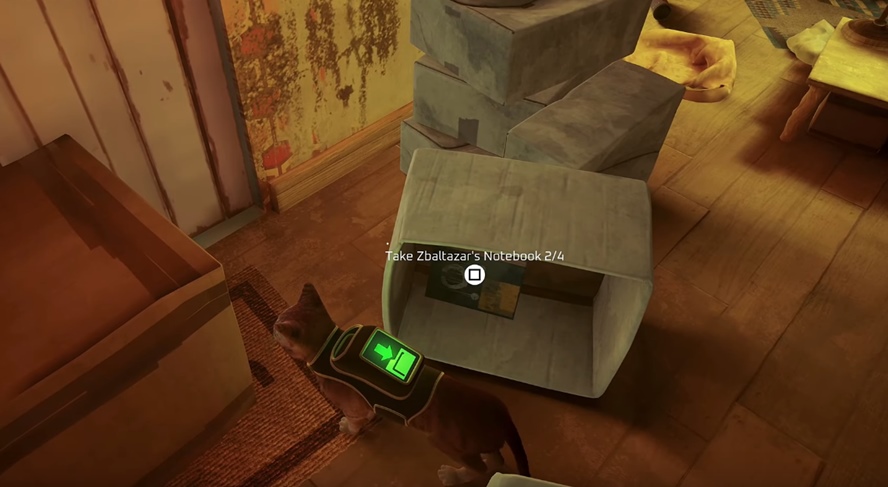 So that was pretty much it, follow this in sequence, and you’ll get all the notebooks with ease, eventually getting access to the outside.

If you think this guide has helped, then let us know in the comment section below. Also, try checking out our other guides on Stray. Who knows, you might find something you have been looking for. 🙂