It has already been 2 weeks since the release of Overwatch 2, and the game is still trending. Pretty sure, that it is getting millions of players every day. It is pretty evident from the amount of people watching the game on Twitch. The ‘free-to-play’ move from Blizzard was a masterstroke.

Overwatch 2 has made the switch from Overwatch’s 6v6 modes to 5v5, and this change has single-handedly changed the way people play this game.

On top of that, a collection of new playable characters and maps has been added to the roster as well. And not to forget, a brand-new mode known as Push.

Now, this is no secret that Overwatch 2 is an always online tile, and connection issues are pretty common in online games. That is why the game displays certain icons to denote the issue you are facing.

These icons are also called ‘Network Icons’, as they show the current status of your internet connection, and it becomes very easy for you to figure out what issue you are having while playing the game.

Also, when sending a support ticket, it is extremely crucial to send a screenshot that contains one or more of these icons so that it is easier for the support team to address the issue quickly and provide you with a solution.

Here are the all the Icons and Indicators in Overwatch 2: 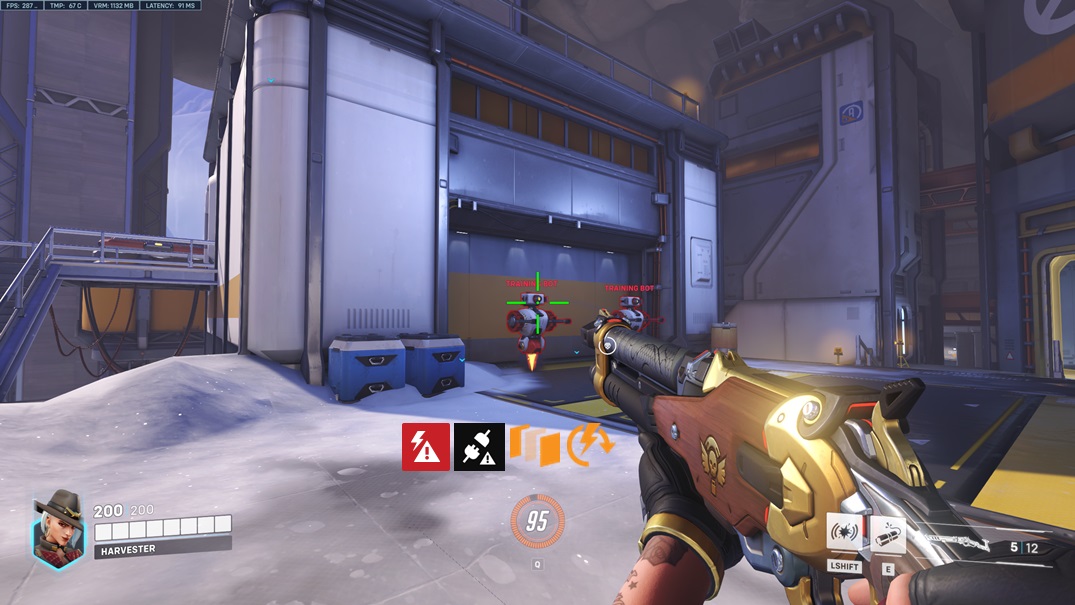 All Overwatch 2 Icons and Indicators

The ‘Connection Problem’ icon starts pulsing when your client hasn’t received any feedback from the server for a period longer than your interpolation delay. If this icon is consistently pulsing, it may indicate a connection problem and can cause erratic behavior in-game.

The ‘Packet Loss’ icon will start showing when packet loss is detected(duh!). This again indicates a connection issue and can result in erratic game behavior if it goes on for an extended period of time.

Remember:The thresholds for the above icons are currently turned down very low, and will pulse when there isn’t necessarily a problem. This threshold may change.

Disconnection (From your side)

This Indicator or Icon appears when the client has not received any feedback from your lobby server for an extended period of time and that a disconnection is likely.

Disconnection (From the Game Server side)

This icon indicates that the client has not heard from your lobby or from the game server for an extended period of time and that a disconnection is likely.

Therefore, these are all the Network Icons or Indicators in Overwatch 2. If you are getting any of this at the moment, then consider checking out this article from Frondtech. Or, you can check out this Troubleshoot Guide from Blizzard.

If you think this guide has helped, then let us know in the comment section below. And for more Overwatch 2 guides, keep an eye on Frondtech. We will be covering every single technical issue and bug of the game. Good luck!