January 3rd marks the return of the Iron Banner in Destiny 2, with new rewards! As with previous seasons, the particular event lasts about two weeks, twice every season. Nevertheless, we do not know if the Iron Banner will stay around for a bit longer than other seasons, but you’ve got a lot to look up to!

As with the rewards, we can expect some new weapons and some old weaponry going out of the circulation for this season, and with that, here’s a complete list of rewards that you could potentially get during Destiny 2’s season of the Seraph!

Bungie’s blog post revealed two new weapons in this particular event, the Dark Decider, which is a fully automatic rifle, and Gunnora’s Axe, which is a shotgun. Other than these two, some older Iron Banner weapons would make a return, which includes: 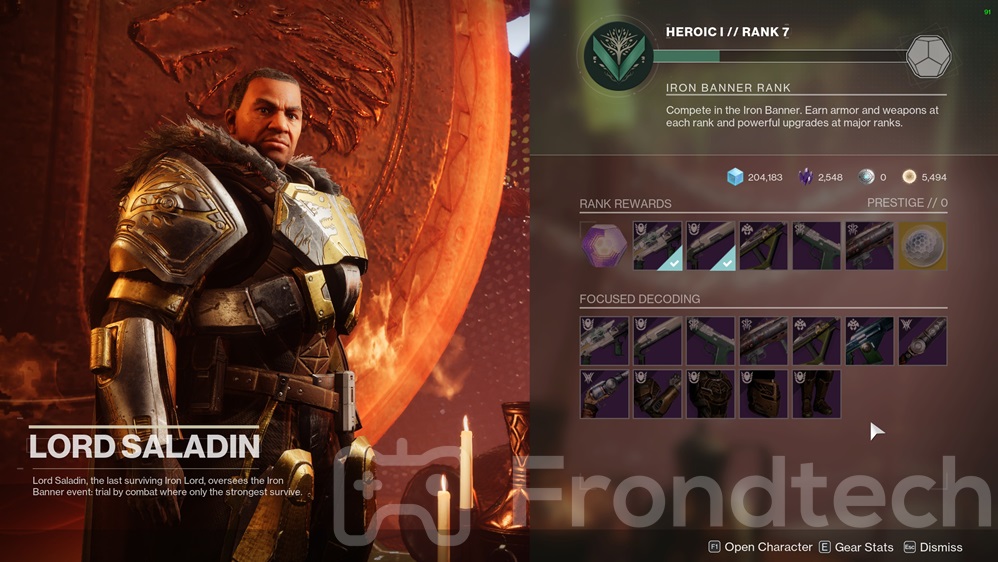 In essence, there are two main ways in which you could get these rewards. The first way requires a bit of grunt work, meaning you’ll have to take part in the Iron Banner matches and keep increasing your reputation, to as much as you could which would basically mean more rewards with Valus Forge.

The second way is quite simple, which is to win as many Iron Banner matches as you possibly can. Both of these methods would help you earn Iron Banner engrams.

The next step is to take those engrams to Master Rahool in order to decode them. By doing the same, you’d be rewarded with a weapon or an armor piece that’s currently in circulation.

When it comes to armor pieces, there’s a bunch currently in for the event. Here’s a list:

Another feature is that there’ll be a new game mode named Fortress. As of right now, there’s not much knowledge regarding the game mode. However, you can expect that Caiatl would be included to some degree.

That’s everything we had regarding Destiny 2 season 19’s Iron Banner Rewards!

If you think this guide has helped you, then let us know in the comment section below. For more Destiny 2 Guides, keep an eye on Frondtech. Also, if you have any addition to make regarding this topic, then also you can comment below. Good luck!