Aliens Fireteam Elite won’t launch on PC – How to fix

I am pretty sure that Aliens Fireteam Elite is one of the most anticipated AAA titles of 2021. Announced at the start of 2021, the game managed to create a good amount of hype. It is a fact that Alien games don’t release that frequently. Actually, the same thing could be said about the whole third-person survival genre.

Now that Fireteam Elite has finally been made payable across all the major platforms, every fan of the Survival genre and Alien titles, is rushing to try it. I don’t blame them to be honest. The game is quite fun. You might have to keep your brain to the side for a bit, though. If you have people to play with, I can guarantee that you will enjoy this mindless Alien action.

But as we all know, AAA games these days, don’t come without bugs and glitches. A lot of PC players have been complaining lately that they couldn’t get Aliens Fireteam Elite to launch via Steam. I can understand that, for some users, their low-end hardware could be the reason. But that is definitely not the case with everyone. I am seeing many 3080 and 3090s users having the same issue as well. That is why we decided to put all the fixes recommended by the community in one place, so that players don’t have to check multiple sources for them. 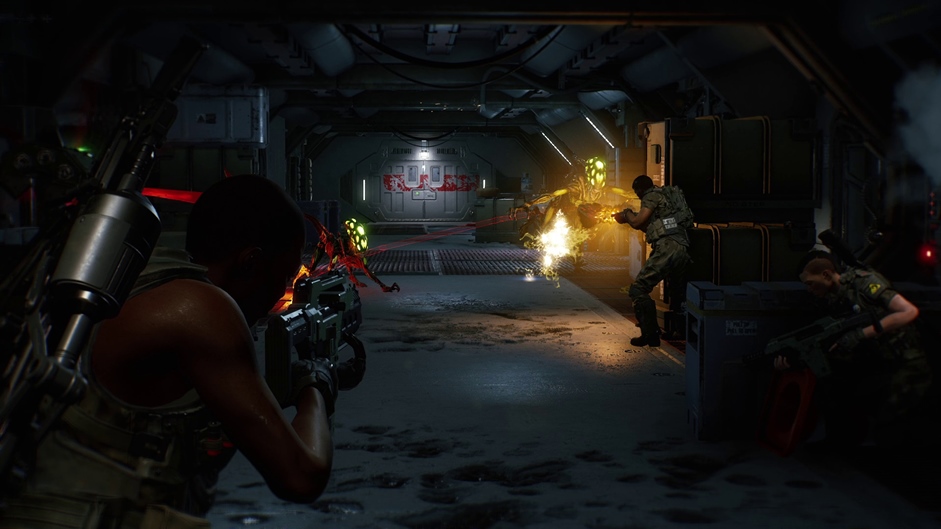 How to fix the launch issue

We have bid farewell to the Windows 7 era ages ago. But, there are some users who are still sitting on Windows 7. If you are also one of them, then there is no point reading this guide as on the PC platform, Windows 10 64-bit is mandatory to run Aliens Fireteam Elite. This not something that I am saying. It is something that is written on its Steam page.

So upgrading your OS to Windows 7 is the only solution for you. I would highly recommend that you do that because in the next few years, every developer is probably going to ditch Windows 7.

Also, make sure that your PC is capable enough to handle Aliens Fireteam Elite without any issues. Information on all the requirements available here.

Aliens Fireteam Elite is based on the Unreal Engine 4, and you need some specific stuff in your system to run any UE4 title. So, check whether you have .NET Framework 3.5 installed or not. You need that for Unreal Engine 4 to work. If you are getting errors like “vcruntime140_1.dll missing” or “MSVCP140.dll was not found”. Then go ahead and install the latest version of Visual C++ redistributable, as there’s a chance it hasn’t been installed correctly.

Update your drivers and operating system to resolve any compatibility issues. This should be an obvious step by now. The newer the drivers are, the better will be their compatibility. Doing this would also fix any DirectX or Direct3D errors in Aliens Fireteam Elite.

Note: Neither Nvidia, nor AMD, have release exclusive drivers for Aliens Fireteam Elite. If they do, then you can find the information and the download link in this Guide.

Either try disabling your Anti-Virus software temporarily and then run the game, or add Aliens Fireteam Elite as an exception in your Anti-virus configuration.

If you are using Windows Security instead of a third-party AV software, then here is how to add Aliens Fireteam Elite on the exceptions list of Windows Virus & threat protection:

Launch the .exe file of Aliens Fireteam Elite as administrator

If none of the methods mentioned above is working for you. Then you can always try the obvious methods like verifying the game files or re-installing the game in a different location.

Note: These are all basic tips and won’t require you to do anything advanced. I believe if someone has already decided to go for a refund. He/She might as well try to fix it first. Since, it hasn’t been long since the game launched, the “very specific” fixes haven’t surfaced yet. I am constantly checking all the forums. And as soon as something comes up that is guaranteed to fix these issues, I will post it here.

I would suggest that you take a look at the official Steam Discussions page of Aliens Fireteam Elite. You will find a lot of players discussing these exact same issues.

If you think this guide has helped you, then let us know in the comment section below. And for more Aliens Fireteam Elite guides, keep an eye on Frondtech. We will be covering every single technical issue and bug of the game. Good luck!