Age of Empires 4 is finally out on Steam, the Windows Store, and the Xbox store. PC players are really enjoying the game so far. And, if you are a fan of RTS games, then you have to try this game.

There is no doubt that Age of Empires 4 is an awesome title. But, that doesn’t take away the fact that the game has plenty of issues. Players have already started experiencing performance issues, various bugs and errors. There hasn’t been any patch from the developers since the launch of this game. And it is very hard to tell when one will come.

Anyway, in this article we are taking a look at a bug, that is causing a lot of frustration among the players. Some players are getting en error message that says “String not found” almost everywhere in the game. It is in the menus, it is on the title screen, and plenty of other places. I mean, take a look at this image uploaded by a player on the forum: 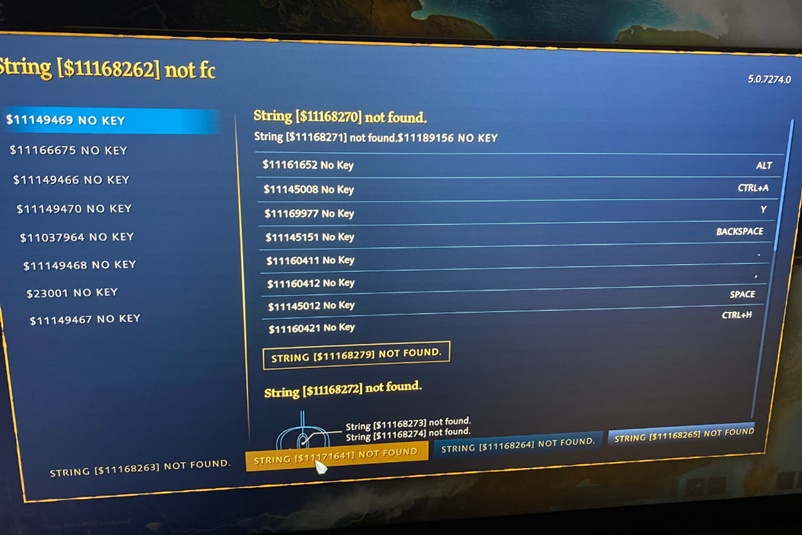 He has String [$11168262] not found, along will some similar looking error codes written almost everywhere. There are plenty of other posts saying:

Fortunately, there is actually a fix available for this issue, and it has been confirmed to be working by almost every user, who has tried the fix. All you have to do, is change your language to English. Here is how to do it:

If you have the game on Steam, then:

If you have the game on Microsoft Store or the Xbox app, then:

If you think this guide has helped you, then let us know in the comment section below. And for more Age of Empires 4 guides, keep an eye on Frondtech. Good luck!